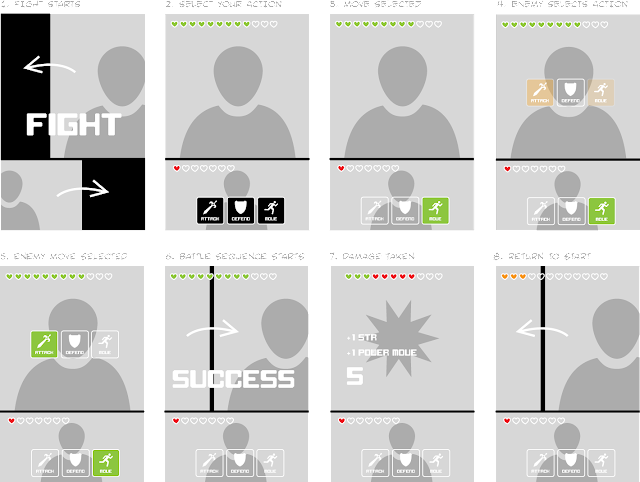 For the battle sequences in the game I am intending to use a 'scissor, paper, stone' mechanic rather than dice rolls for determining outcomes, or in this case 'attack, defend, move'. Potentially these combat options could/will expand to include special moves, spells and object use.

These early wireframes (for small screen interfaces) show the two combatants. The lower one shows the protagonist, the upper one the enemy. Action sequences showing the outcomes (e,g success, failure, damage caused/taken...) will play out in these panels.

I like the idea of every gameplay element being based on choice rather than chance. 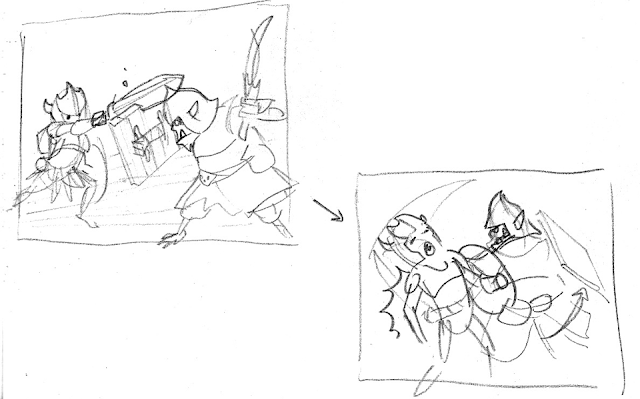 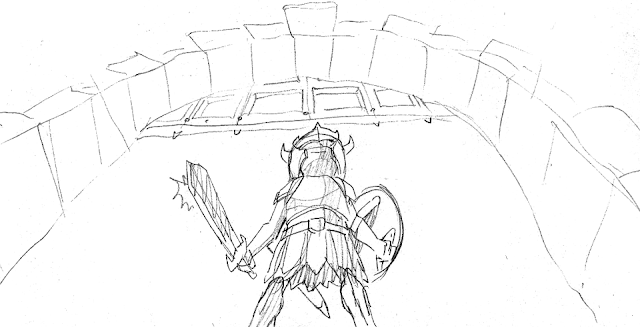 Dungeoneers Boot Camp is set in the foot hills of the Iron Tooth Mountains. A place for adventurers to acquire new skills, improve stats and level-up under the watchful eye of veteran man-at-arms [insert name!]