The Dungeon Mistress - and the Game of Suitors 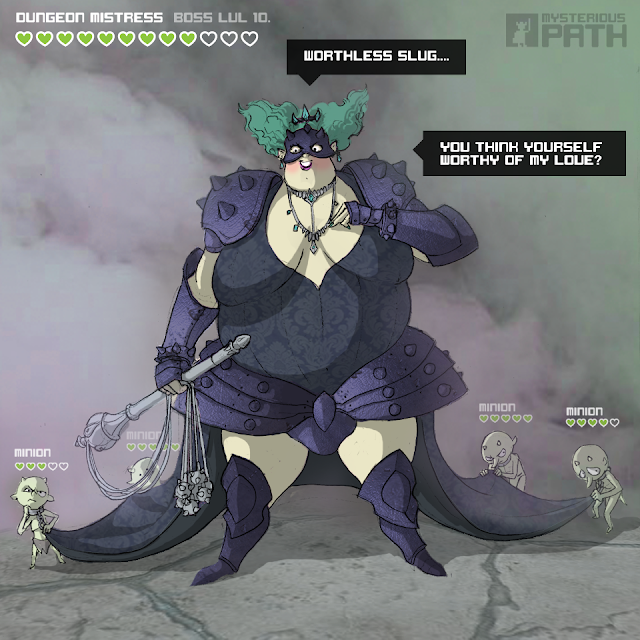 The much revered Queen has long been unfortunate in matters of the heart. The Queen has suffered a string of matrimonial disasters, her newly wedded husbands have all met unexplainable and premature ends. One court adviser pointed out that these untimely deaths coincided with the night of consummation but, before he could elaborate any further, he was prematurely ended.

With the region exhausted of noble suitors the Queen now seeks a champion, a specimen capable of enduring her affections. She devised a grand contest to find a suitable mate, a series of stern trials designed to separate the wheat from the chaff or, more accurately, your head from your shoulders. And so the Game of Suitors was born...

1) Every town, village and hamlet under her ward must 'volunteer' one healthy male to compete in the annual Games.

2) Unsuccessful contestants, in the unlikely event they are not killed participating in the Games, will be executed.

3) There can only be one winner (although, since the competition began, no contestant has emerged victorious) 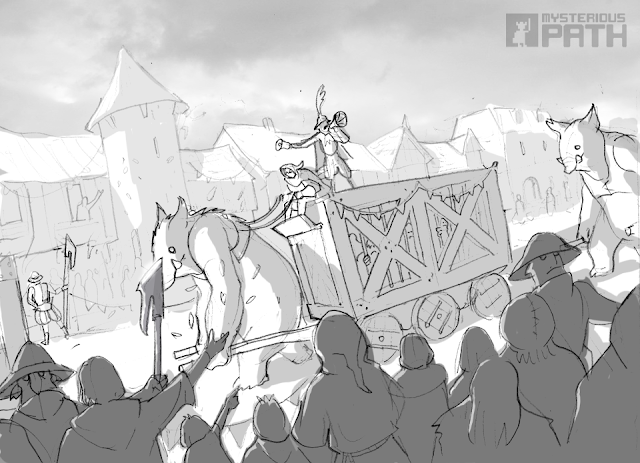 The Parade of Suitors. Contestants on display prior to commencing the trials.

Each year a carnival atmosphere envelops the City of Twinge as preparations for the Games begin. It has become the highlight of the sporting year, it's popularity even eclipsing the Wyvern Jousting Tournament and the Elvish Skittles Final.

The Forbidden Forest is home to the infamous Death Blossom Clan. Only the most hardy goblinoid specimens can survive in the forest's treacherous environment.