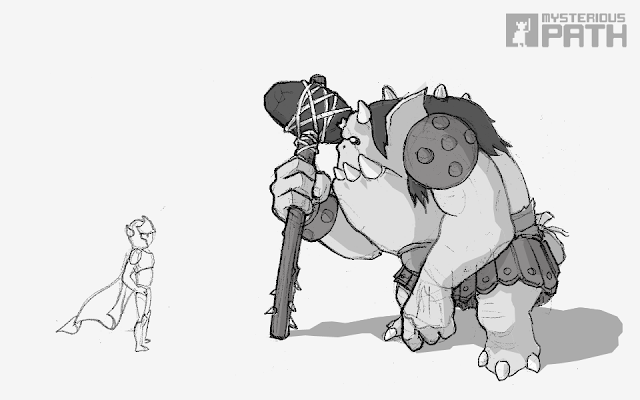 An ogre's cranium and mandible accounts for over 50% of its total skeletal mass. At its thickest the skull measures around 75cm, this does not leave much of an interior cavity for housing the brain, which is fortunate considering the size of an ogre's brain.

The incredible weight of the creatures bones make it virtually impossible for it to swim. They are therefore fearful of deep water and, as a result, extremely reluctant to take baths. 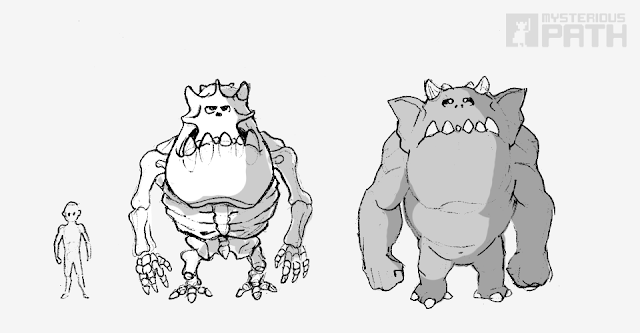 "He has the bite of an ogre" is often used to describe a fellow who refuses to drop a tedious topic of conversation, or relentlessly pursues an impossible task. This euphemism refers to the ogre's characteristic locking jaw. Once an ogre's jaw has clamped down on its victim it is believed the only way to release the bite is to stimulate its fabled 'tickle spot'. The exact whereabouts of this part of the ogre's anatomy is unknown, but subject to much speculation. The most recent theory suggests it's somewhere you'd prefer not to put your hand. 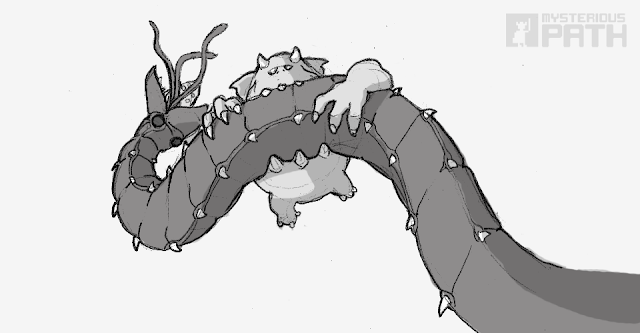 Favourite snacks include freshly trampled gnome paste and goblin sushi (see 'troll capes' under trolls). But, due to a poorly developed sense of smell, they'll pretty much put anything in their mouths.