Goblin glue (goo or paste) is the viscous liquid resulting from the reduction of goblin blood. The glue intensifies the goblins remarkable ability to heal and fight infection. With a generous dollop of glue even severed limbs can be reattached and fully operational within minutes. 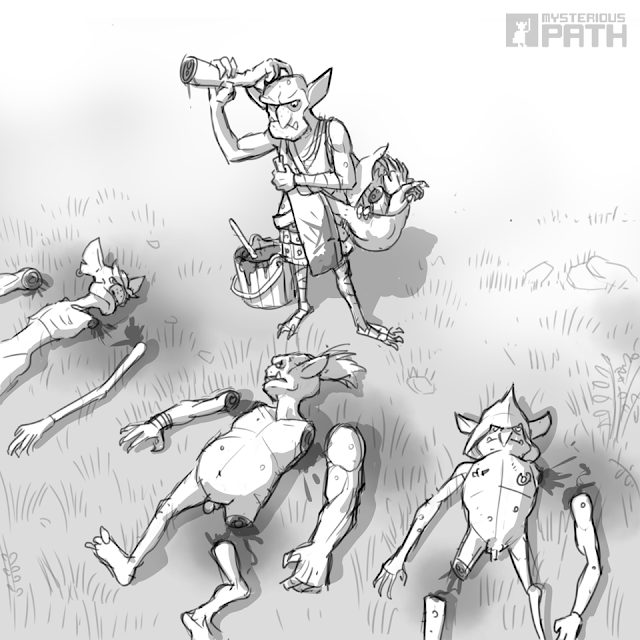 The goblin battle butcher armed with only a cleaver, bucket of goblin glue and his superior anatomical knowledge (amounting to knowing how many limbs a goblin ought to have!) is able to splice together combat ready warriors from the recently dead and grievously wounded. The unpredictable shapes and awkward gaits of these abominations as they shamble into battle is such a perturbing sight it has even drawn comparison with the choreography of Dwarven ballet .

Human consumption
Goblin goo is not the exclusive preserve of goblinkind. Many seasoned dungeon delvers have prolonged their adventures by resorting to its incredible regenerative powers. Its over-use, however, can lead to some undesirable side effects (or goblinisms):

1) Dislike for bright light, compensated by superior darksight.
2) Ability (and desire!) to eat rotten meat/carrion/feces without ill effect.
3) Stench of the unwashed, the emission of the distinctive goblin odour (which attracts the unwanted attention of their natural predators... gulp worms et al)
4) Distortion of noses, ears, limbs and... other appendages.
5) Development of psychotic tendencies and/or malicious sense of humour.
6) Flatulence. 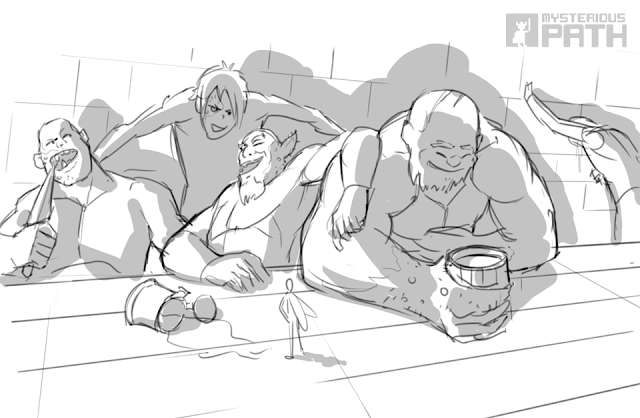