The Stadium of Strife

Dungeon delving can be a tedious, lonely occupation. Often with only an ancient map for guidance, would-be dungeoneers might spend a large portion of their careers wandering distant and treacherous locals in the hope of finding an untouched lair. So unlikely is it that these treasure maps ever bear fruit that it is now widely believed that their creation was simply a deception of an entire generation of pernicious cartographers.

This has lead to adventurous types seeking pursuits with more immediate rewards. The Stadium of Strife provides one such opportunity, allowing competitors to win fame and fortune in a single day. 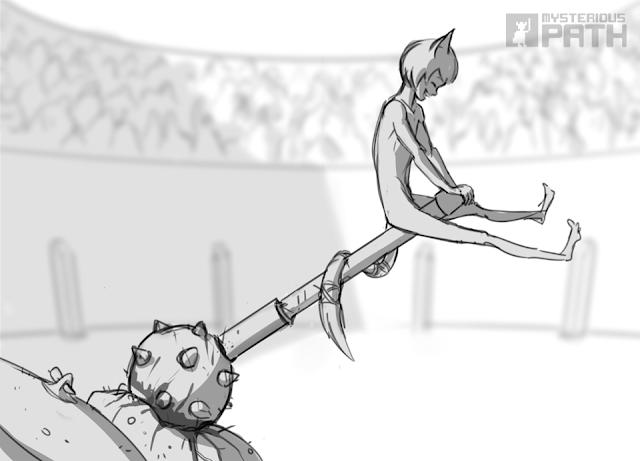 One of the contest's delights is its ability to produce unexpected winners.