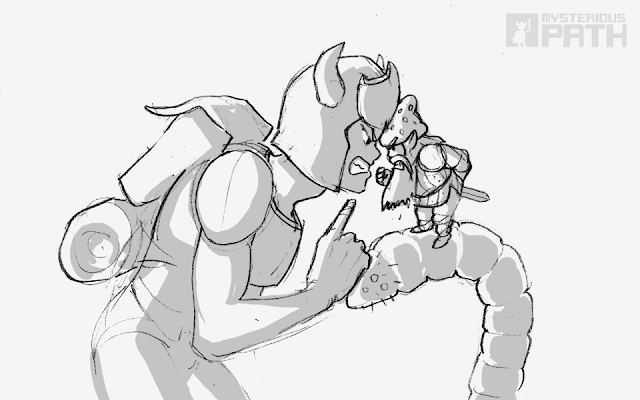 Despite the visual similarities, gnomes are not related to dwarves - please take care not to address them as such, it's a quick way to initiate hostilities. In fact, gnomes are actually a highly evolved type of shroomanoid (an anthropomorphic sentient fungi).

As scientists and atheists, gnomes are amused/irked by man's clumsy rationalisation of the world. Gnomes do not approve of the way man fills his gaps in understanding with magic and 'counterfeit' deities. But man is equally bemused by gnomish thinkers that theorise that life, as we know it, is just some kind of miraculous accident!

Like faeries, gnomes are believed to possess psychoactive and medicinal properties that makes them a coveted ingredient for potions. But, unlike simple faery folk, they are fiendishly difficult to catch. Gnomes seem to be able to appear out of nowhere, and disappear just as suddenly. Whether this is magic or science it's very annoying.

Learn more about the curious language of the gnome. Why use one word when one hundred will do!