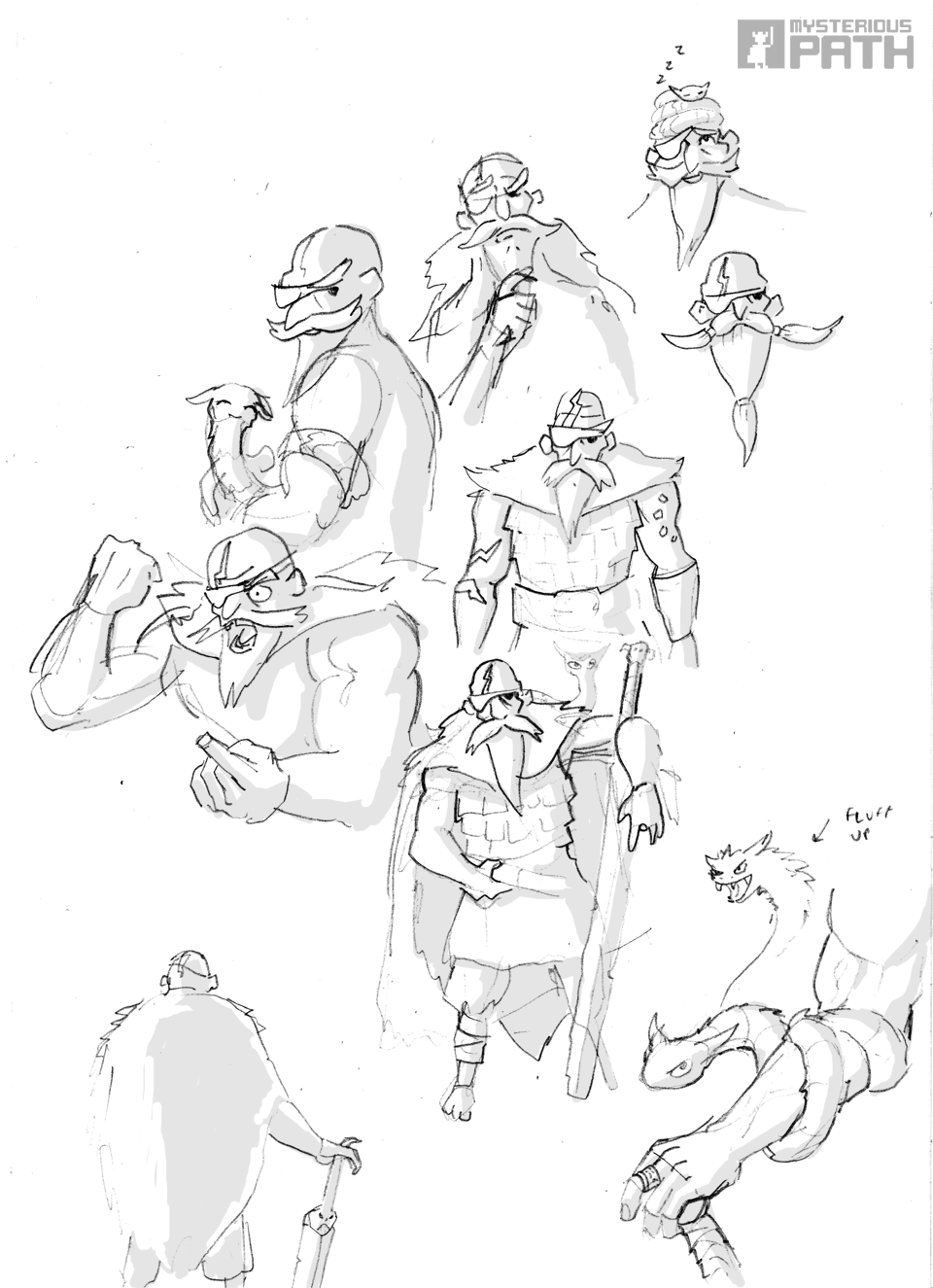 The Weapons Master fears nothing.

Well, maybe he's a little scared of his wife. She has forced him into retirement before he loses any more essential body parts. He can now be found teaching in the relative safety of the Dungeoneers Boot Camp.

His job is to take the soft, wide-eyed recruits and turn them into hardened, dungeon-ready delvers. He takes this role very seriously and doesn't suffer fools gladly. He knows failure to properly prepare his students will result in their premature, often inglorious death. This is something he reminds them of frequently, often along with a relevant anecdote about how he acquired one of his many battle scars.

To relax he likes nothing better than to stroke his furry snake.