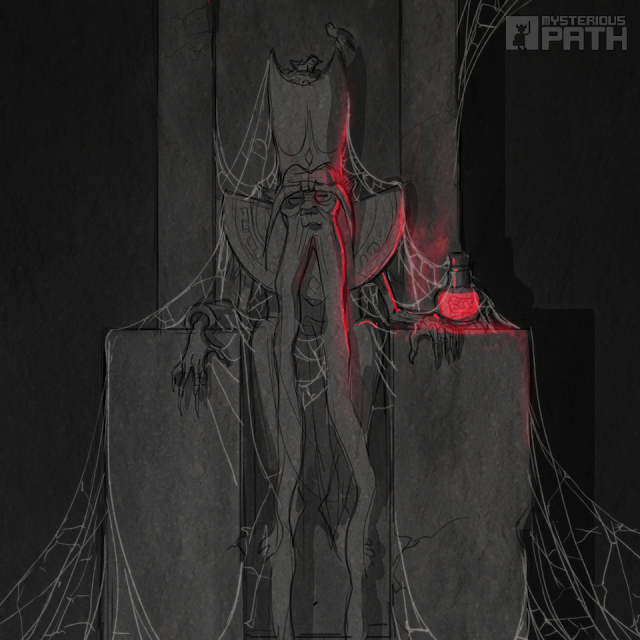 Once the greatest necromancer in seven kingdoms, Dol Athar’s glory days are now centuries behind him. He ekes out a quiet undeath in Yurruq, attended by his ancient retainers. With his memory failing, he devotes himself almost solely to the arcane calculations and intricate rituals needed to magically sustain his existence.

Although history has dulled his once glorious reputation and there are few books left which mention him by name, acolytes still occasionally make the journey to Yurruq to seek him out in hopes he will impart some of his timeless wisdom. They are usually disappointed by the senile ramblings of the ancient, toothless wizard they find.