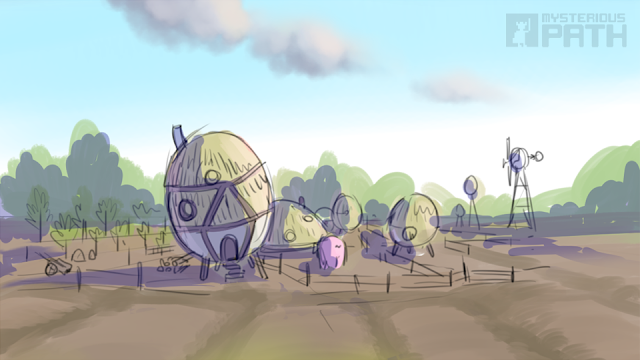 Gazgarth, the Smog Metropolis.
Where elfkin become seduced by a dark path. 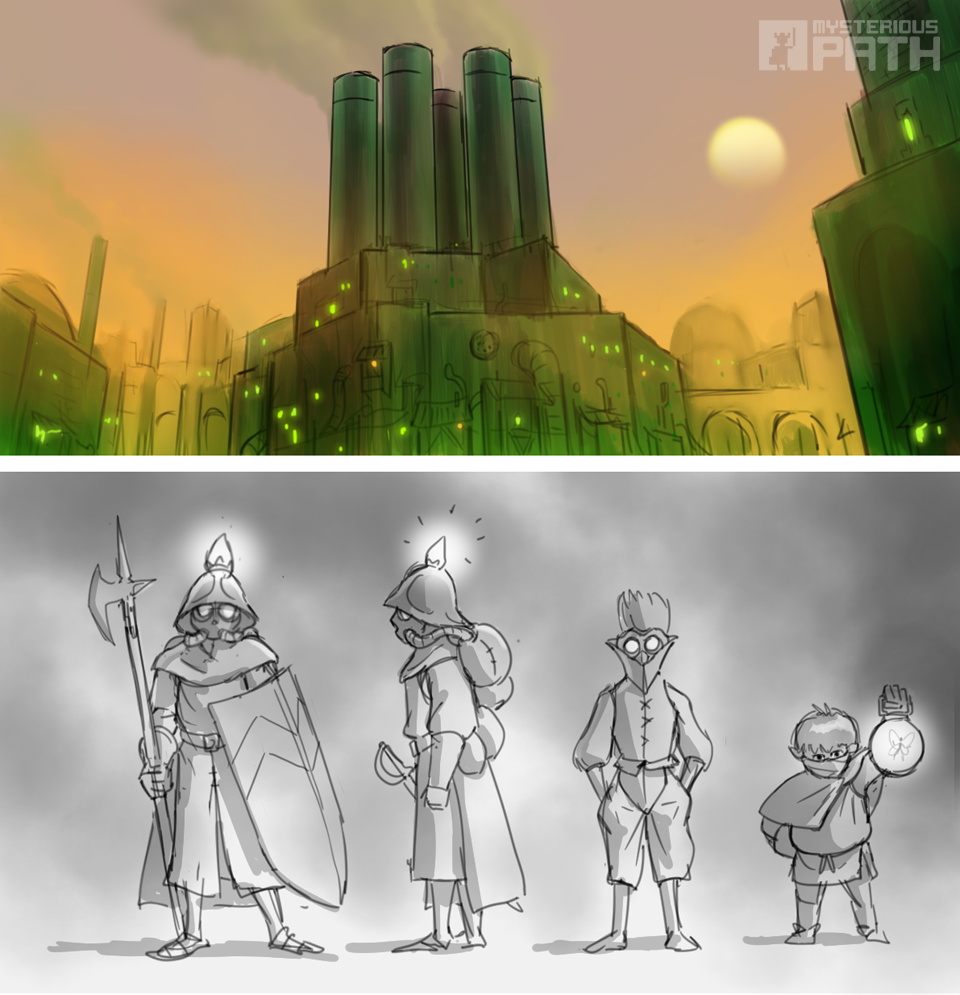 Yurruq, the City of Mages
Home to the necromancer Dol Athar, and where our elfkin's fate is decided. 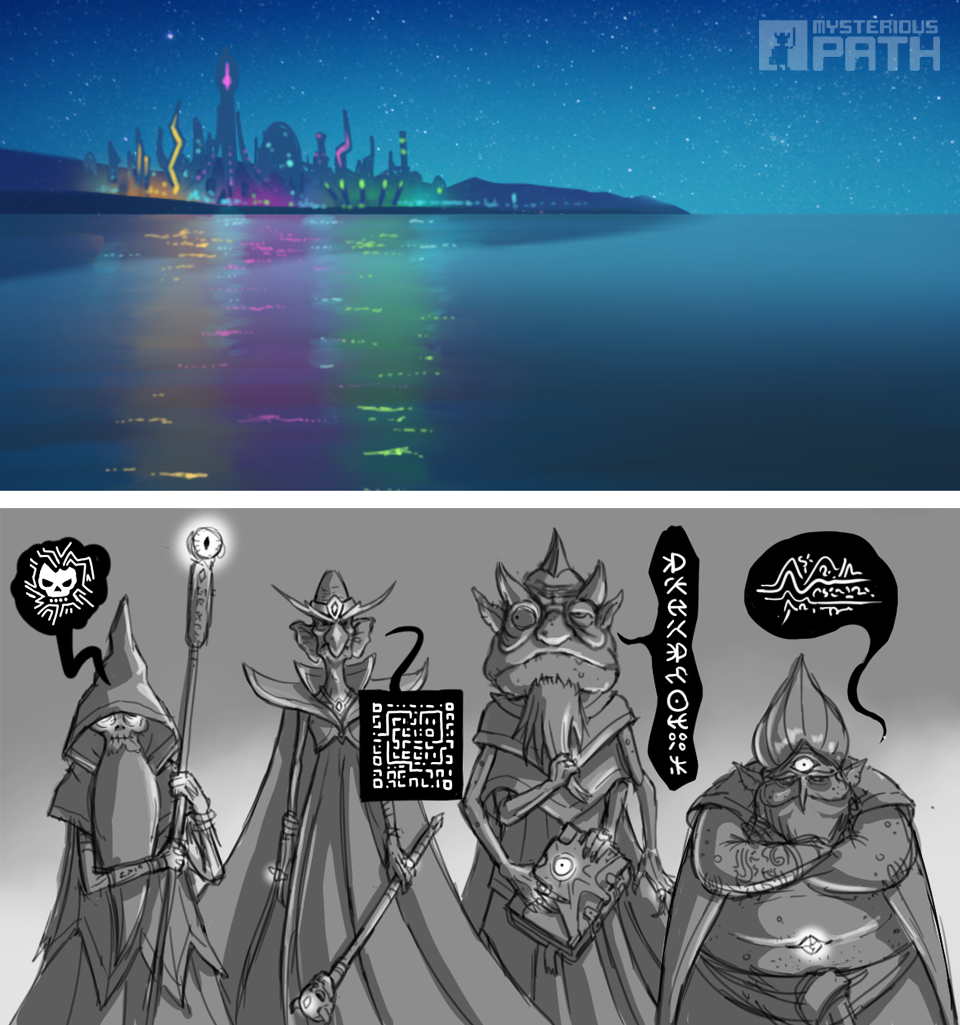 Design notes for next iteration:

Nestlebrook: Make the setting more visually interesting, look at terrace farming for inspiration. The hamlet's name suggests it could be tucked into a valley so terrace farming makes perfect sense.

Gazgarth: Keep feel distinctly medieval, try not to get sucked too deeply into the steam punk aesthetic. Have avoided classic bird-beak plague masks but might relent.

Yurruq: The more powerful the wizard the more their physical appearance will have been ravaged/altered by exposure to magical energy. So Dol Athar, a once mighty sorcerer, would be incredibly disfigured/distorted - revisit the initial design!